Two hundred black rag dolls created between 1840 and 1940, by anonymous Afro-American women, tell a story of resistance, love and identity. Gathered together by Debbie Neff, the film is inhabited by the voices of women who bring the history of black America, racism and segregation, out of the shadows. Photographic documents also place them in the context of black and white children who had similar dolls. 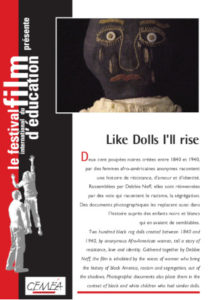 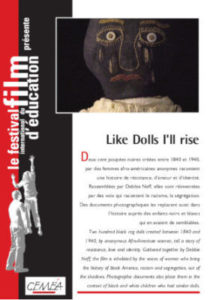